It is the time for another Trigger Warning Wednesday, where I do a review of extreme horror. The main focus will be on books, but I might do a few movies or TV shows once in a while.

This week’s book is Unbortion by Rowland Bercy Jr.

I first came across Rowland when I stumbled over the Written In Red Podcast, which is an awesome podcast with four indie horror writers discussing books, writing books and publishing with a special focus on the horror aspect. Just a fun FYI, I named my pigs in my Stardew Valley playthrough after these men ;P 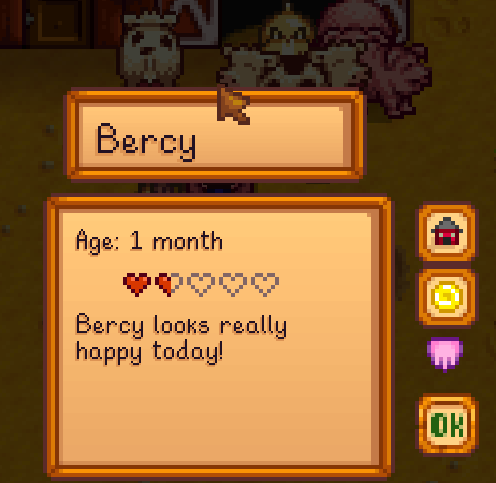 Unbortion is a fun short read. Again, this is Trigger Warning Wednesday, so if you’re squeamish, skip this blog post 🙂

About the book
It was alive, confused, and pissed! It could not understand why it was violently separated from its host and left to rot. Following an undeniable call to pursue the one who abandoned it and seek revenge the quest for retribution had begun, and nothing or no one would stand in the way.

“Though it should be dead by now, it wasn’t; it was fully awake and aware of what was happening to it. It was being destroyed. It was being discarded like unwanted trash.”

My Thoughts About the Book
As mentioned before, for me, it was a fun read. So far, I’ve read two editions of this book – the original and the re-edited version. The original I read not even a month ago, and as I was looking up information for my review, I found out that there’s a re-edited version out where there’s been edited in grammar and formatting. These points were very much part of my original critiques of the book, so of course, I had to get my hands on the re-edited version. This was supposed to be an easy fix since I set my Kindle app to automatically update to the latest version of ebooks. It did not. Thanks to the author himself, we worked our way through the issues, I got the new version and just finished re-reading the book. He’s the sweetest and I’ll do my best not to be biased…I’ll say, that the re-edited version bumped this book up by an extra star 🙂

The subject matter of this book is taboo. I am guessing especially for readers in the US with everything going on in Texas. This book does not come off as Anti- or Pro-Choice for me, despite the storyline being the result of an abortion. Rowland has a way of bringing in a lot of heart in his writing. Like, how can a book about an aborted fetus, killing and traumatizing people while looking for a host still be sweet and heartwarming?

“This should be me, it thought with annoyance. This should be my life. Instead, my host, for whatever reason, decided not to give us a chance. Who knows, we could have had an amazing life together, but instead my host tried to destroy me.”

We both feel for the fetus and for the mother.

During my first read-through with the original version, I did fall across some sentences and paragraphs that took me out of the read. Luckily, with this re-edited version, the formatting is so much better, and there’s a different flow to the reading experience. So much so, that this book got an extra star.

You might wonder, if I enjoyed this book so much, why did I give it 4 stars instead of 5? It might just be me, but there was a part that I found deeply annoying. As a woman, going commando does not sound like it’s going to be comfortable…especially in a sundress. For one, there’s discharge – a completely natural bodily function, that could easily mess up an outfit. Secondly, what if she farts and little poop particles come out? Like, we wear masks in case we sneeze or cough. Stuff comes out. I’d say, the same principle goes towards wearing underwear. Thirdly, what if it is windy? I’d be SO SELF CONSCIOUS I would not be able to relax and enjoy a night out with my friends. If I were to go commando, I would not wear something a gust of wind could expose me to the world in. I know there’s a purpose for this in the story, but early on it is already established, that the fetus is insanely strong. I bet it could figure out a way in even with a pair of panties in the way.

“Katrina, knowing it was going to be a long day, decided to dress comfortably. She threw on her favorite sundress, forgoing any kind of panties as the day promised to be a hot one.”

My Favourite Part
The part with the homeless man trying to eat some spaghetti with tomato sauce and his stomach having a reaction. This part I loved so much, I had to draw it!

My Least Favourite Part
Going commando in a sundress.

About the Author
Rowland Bercy Jr. author of Unbortion, winner of the 2020 American Fiction Awards, and finalist in the 2019 Internation Book Awards is originally from New Orleans, Louisiana and currently resides in Houston, TX.

He has a love for witchcraft, is old but doesn’t look it – which is why his fellow podcasters call him Lestat. That, or Rawdog Rowland.

Leonard with a reaction to his dinner